The PISA 2015 results are out and the Minister of Education is claiming an improvement in New Zealand’s rankings! Unfortunately, upon looking more closely at the Mathematics scores, citing a move from 23rd place to 21st place as an improvement is pure fantasy.

Liechtenstein, ranked 8th in 2012, did not participate in 2015. Had they participated in 2015, it is unlikely their score (535) would have fallen by so much as to affect New Zealand’s ranking. New Zealand automatically went up by a place just because Liechtenstein pulled out.

Vietnam scored 511 in 2012 but has dropped back significantly to 495 in 2015, exactly the same score as New Zealand. It’s not clear to me why New Zealand was ranked one place ahead of Vietnam, and not the other way round.

These facts alone mean that New Zealand could easily be placed at 23rd again.

The net effect to New Zealand’s ranking is actually zero.

A more mature approach to understanding the PISA results is to look at New Zealand’s recent and long-term score trends, relative to the OECD average.

From 2012 to 2015, all of our scores (in Maths, Science and Reading) have dropped, but in line with the OECD average. However, there is a much more concerning long-term decline, with a significant drop from 2009 to 2012, that does not follow the same trend as the OECD average. The 28 point drop in Mathematics from 2003 to 2015 is equivalent to nearly a year’s worth of schooling. 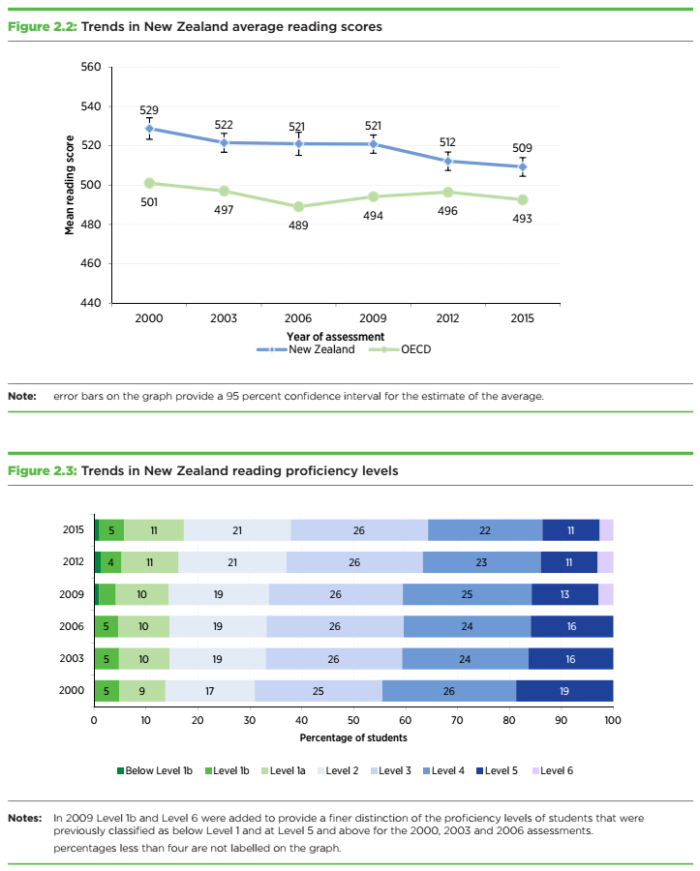 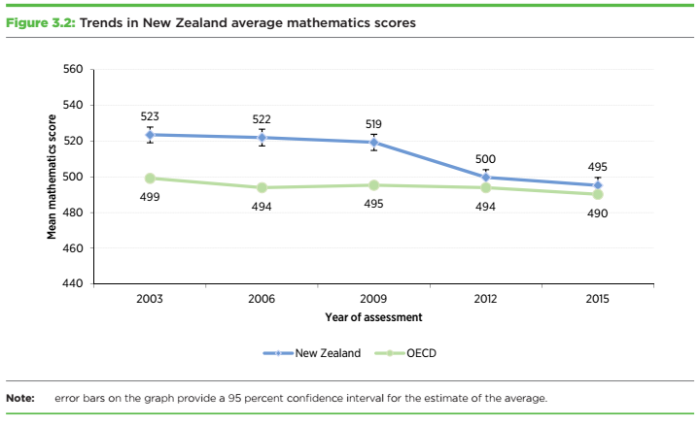 PISA (Programme for International Student Assessment) is an international study that assesses and compares how well countries are educationally preparing their 15-year-old students to meet real-life opportunities and challenges. With our apparent long-term decline in all three subjects, and in conjunction with our perennial poor performance in TIMSS, can we say honestly say that New Zealand is heading in the right direction?