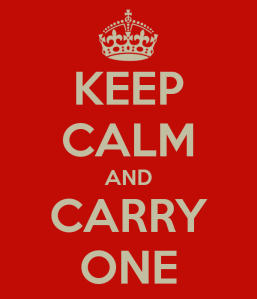 Last week, the United Kingdom’s Department for Education published a revised national curriculum to be implemented in English state schools in September 2014. It will expect a great deal more of its younger pupils, but along with it comes the recognition that that is what it will take to catch up with the top-performing countries.

So what’s in the new English primary school mathematics curriculum? Well, the content is fantastic! There is a good balance between written and mental calculations, with a strong emphasis on repeated practice of methods over a number of years to gain fluency. I have already talked about revisiting methods over many years to improve and deepen understanding in my Review of March 2013.

Best of all, the column-based methods have been restored to their rightful place and treated as fundamental. Methods known as gridding and chunking (they are taught in New Zealand too, in preference to long multiplication and long division) have been dropped.

The curriculum is quite specific about what is expected of pupils at each Year level. I was excited to see curriculum requirements and guidance notes such as:

Year 3: “Pupils use their understanding of place value and partitioning, and practise using columnar addition and subtraction with increasingly large numbers up to three digits to become fluent.”

Year 5: “Pupils practise and extend their use of the formal written methods of short multiplication and short division. They apply all the multiplication tables and related division facts frequently, commit them to memory and use them confidently to make larger calculations.”

“By the end of Year 6, pupils should be fluent in written methods for all four operations.”

And if, by this time, the reader has any remaining doubt about how pupils should add, subtract, multiply and divide, an appendix is supplied with examples of column addition, column subtraction (both regrouping and borrowing), short multiplication, long multiplication, short division and long division.

Apart from the strong focus on arithmetic (both written and mental), there is plenty more to like about this curriculum. By Year 6, pupils will be working with fractions, decimals and percentages. They will also be introduced to a more formal treatment of algebra, using symbols and letters in already-familiar contexts. These are precisely the foundation areas of mathematics that I focus on when working with primary school children, for early success in these areas generally leads to a more successful outcome at high school.

Naturally, there would have to be a reduction in content somewhere, and that “somewhere” is Statistics. I completely agree with this. A Year 8 student’s ability to analyse data is not going to be affected by the lack of an early focus in this discipline; natural maturation will be the biggest influence in outcome here. On the other hand, we already know that a Year 8 student’s mastery of basic numeracy (and general success with mathematics thereafter) can be severely affected by what happens in the early years.

So what has brought about these bold and ambitious changes? Well, like New Zealand, the United Kingdom was dissatisfied with its performance in TIMSS 2011, but unlike New Zealand, they’ve done something about it. British MP, Elizabeth Truss, delivered an excellent speech in January this year. The section “Teaching the most efficient calculation methods” is crucial reading. It is an unapologetic damnation of the “tortured techniques” that confuse both pupils and parents. It acknowledges that the column-based methods are the most efficient methods of calculation and what I love is that “tests will be designed to reward pupils whose working shows they have used the efficient methods”. This is a striking contrast to the Numeracy Project diagnostic assessment, where the column-based methods are considered to be the least acceptable.

The United Kingdom has recognised the failure of an “untried method for teaching maths”. It has looked at various countries, plus 20 of its own schools, that are successful in teaching mathematics and adopted their common approach. A well-resourced country has done all the research for us; all we need to do now is follow their lead.

When the draft curriculum was released earlier this year, the United Kingdom held a public consultation period in which expert opinions were sought. The idea of seeking input from professional mathematicians supports my wider campaign for a brighter future for mathematics education in New Zealand. It would potentially save New Zealand from another decade of disappointing results.

It would appear that the United Kingdom’s Department for Education is unwittingly implementing everything that I want for New Zealand’s mathematics education system. How does that make me feel? Excited, vindicated…and on the wrong side of the world. What will it take for New Zealand’s Ministry of Education to do the same?